Military-related phrases for language learners. With text and audio.

Using this app, you can select an English phrase and view its translation and how to pronounce it in the foreign language.

This app was originally developed as an entry to the 2010 CIO/G6 "Apps for the Army" competition, and it is based on the modules publicly available online from the U.S. Defense Language Institute. While this app's subject matter relates mainly to military topics, the app is broadly useful with content relating to a range of topics.

★ Easy to use
★ Native speaker audio
★ Dictionary lookup
★ Pronunciation help: Transliteration/Romanization text
★ Over 600 phrases
★ Voice-based lookup (speak the phrase you want in English)
★ Good for language learning, or as a reference
★ Free and unlimited

This is part of a series of phrasebook apps published for many different languages and dialects. Phrasebooks in the series are available as "basic" and "medical" variants.

Many of the languages covered by this series of phrasebook apps are under-resourced, with translation apps and dictionaries not widely available from other sources.

1. Choose a subject category from the menu. That category will be expanded.
2. From the expanded list of phrases shown, tap on the phrase you want.
3. On the phrase detail page, the phrase itself is shown alongside its pronunciation and the equivalent English phrase. Press the Play button to hear the audio pronunciation by a native speaker.

Other languages and dialects available in this series

Making flash cards: Launch app and choose "Flash cards" from the menu in the top corner, and follow the prompts. 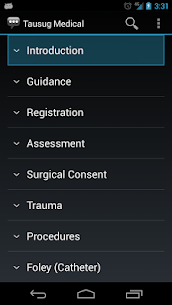 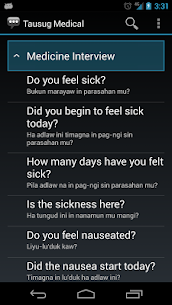